PHOENIX – September 21, 2017 — The Junior League of Phoenix (JLP) is participating in the Little Black Dress Initiative (LBDI) Oct. 2-6, a worldwide campaign that aims to raise awareness for the effects of poverty. During the campaign, JLP will be raising funds to support its mission which includes community programs that combat food insecurity in Phoenix, which supports the League’s focus area of “Building a Healthy Arizona.”

As part of LBDI, nearly 100 JLP members will wear the same black dress for five days in a row as a symbol for the lack of resources and choices available to individuals and families living in poverty. Participants will wear a button that reads, “Ask Me About My Dress,” to encourage ongoing dialogue among colleagues, friends, family members and beyond around poverty and the effects it has on the Phoenix community. 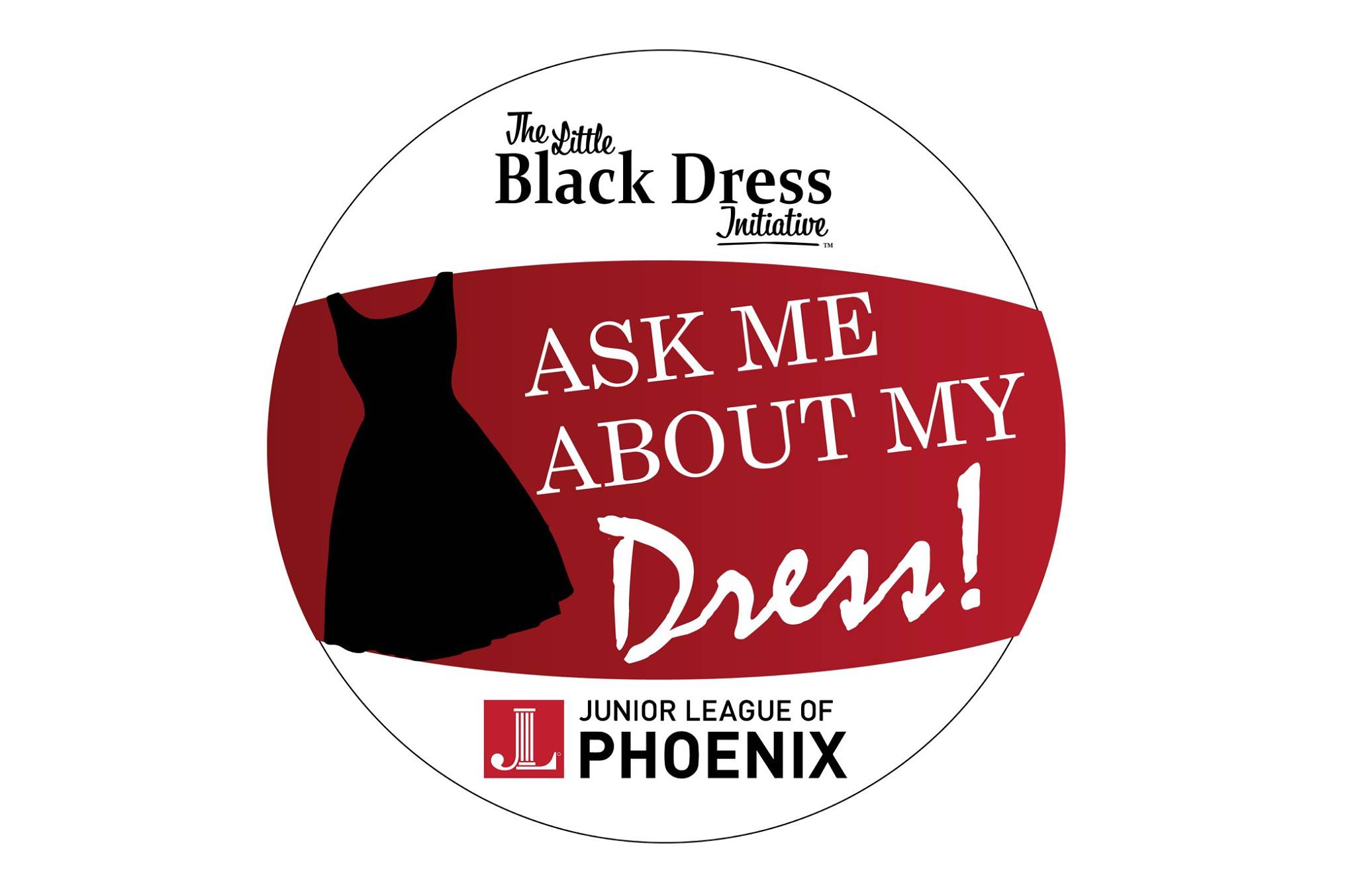 Studies show that low-income and underserved communities often have limited access to stores that sell healthy foods, especially nutritious fruits and vegetables. Children with limited resources often have difficulty succeeding in school due to hunger and malnutrition. In Arizona, more than 1 million people are struggling with hunger – nearly 390,000 of them are children.

The Junior League of Phoenix’s focus area of “Building a Healthy Arizona” is centered on the idea that all Phoenicians should have access to healthy food and to the information that can help them improve their families’ health. JLP supports this focus area through programs addressing: (1) food insecurity/food access; and (2) nutrition and obesity.

Funds raised from the LBDI campaign will benefit JLP’s community impact partners and community programs including:

“We’re proud to take part in the Little Black Dress Initiative this year,” said Cathy Comer, president of the Junior League of Phoenix. “We’re focused on fostering conversations between our members, nonprofit organizations and people in the community on how we can work together to affect change through public advocacy. Our goal is to ensure that Phoenix is a healthy place to live and grow for everyone.”

Launched in 2014 by the Junior League of London, Junior League organizations around the globe have adopted the Little Black Dress Initiative to support various issues surrounding poverty.

About the Junior League of Phoenix

The Junior League of Phoenix, Inc. is a 501(c)(3) not-for-profit organization of over 1,000 women committed to the promoted voluntarism, developing the potential of women and improving the Valley of the Sun through the effective action and leadership of trained volunteers. For more than 80 years, JLP has invested almost $4.1 million in the community and contributes over 75,000 volunteer hours annually. Current League programs are structured around JLP’s focus area of “Building a Healthy Arizona.” For more information about the Junior League of Phoenix, please visit jlp.org.