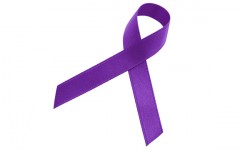 Given the fact that October was National Domestic Violence Awareness Month, that’s a good question.

Here’s what we know – 35 years after the first awareness month, domestic violence remains a very serious problem. According to data presented by the National Coalition Against Domestic Violence, it is prevalent in every community and its effects can cross generations. Among the alarming statistics: in the U.S., an average of 20 people are physically abused by intimate partners each minute (more than 10 million abuse victims annually), and on a typical day, domestic violence hotlines nationwide receive approximately 20,800 calls. Looking at it from an economic perspective, victims of domestic violence lose a total of 8 million days of paid work each year, and the total annual cost of domestic violence exceeds $8.3 million.

Fortunately, this is an issue that many Junior Leagues have taken a firm stand on, including Leagues in Collin County, Miami and Birmingham. But the variety of what the Junior League of Northwest Arkansas has done – and its focus on domestic violence for the entire course of its 17-year existence – is striking. And, in doing so, JLNWA has provided real value to women and children in a state consistently ranked first in the U.S. as the state with the highest number of African American women murdered by a batterer, and with approximately 37,000 reported cases of child abuse and neglect last year alone.

JLNWA provides direct support to its many community partners to provide significant issue-based community impact through its Volunteer Action Committee. The League hosts field trips, graduations and other events at EOA Children’s House, and at Peace at Home Family Shelter, an Easter celebration. Each of these events provides a safe, monitored and fun environment for students, residents and families. JLNWA also provides support to Peace at Home through volunteer days spent on cleaning or other necessary tasks, so that the capacity of the agency can be increased. Additionally, in May of 2016, JLNWA announced a $40,000 donation to Peace at Home, which will fund the gathering and common area centered in the second floor of the newly-expanded shelter.

In addition to work with community partners, the League has a number of projects of its own that focus on awareness of and raising funds for the fight against domestic violence. It has just finished up its second successful Little Black Dress Campaign to raise awareness around the limits domestic violence can have on your resources, your options, and your opportunities for employment. Both League members and individuals outside the League (in increased numbers from last year), wore the same black dress for five consecutive working days. Funds were also raised, with much coming from male donors.

The League’s Purple for a Purpose 5K & Fun Run was held earlier this month. The second annual event was set to raise awareness around the issue of domestic violence in their community. Participants were asked to wear purple, the color of Domestic Violence Awareness Month, and run the 3.1 miles to symbolize conquering the struggle. (As an aside, the League eschews the traditional gun start to the race in order to not further traumatize participants who may be survivors of gun violence.)

Several years ago, the League saw an opportunity to help ease the frightening transition hundreds of children in Northwest Arkansas face each year when they are removed from their homes and placed in foster care. League members created the That’s My Bag program to provide displaced children with a backpack filled with clothes, undergarments, socks, pajamas, personal hygiene items, books, toys and other items as needed. That’s My Bag gives these children not only the essentials, but also a piece of comfort in a place that is foreign to them. The bags are packed based on age and sex, i.e. infants, toddler, child (male or female), pre-teen (male or female) and teen (male or female). The number of bags created has increased annually, and it is expected 500-600 will be distributed this year.

That’s not a bad track record for a young Junior League with 300 members.