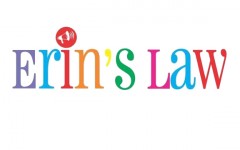 Sometimes a good thing can come out of a very bad thing. That is, in many ways, the story behind Erin’s Law.

The bad thing is sexual abuse of a child – first by a neighbor and then by a cousin. The good thing is the fact that the victim – Erin Merryn, now 31 and a mother – not only spoke up, but became the driving force behind a law that has now been passed in 28 states, including Delaware, where Junior League members had a lot to do with its passage there. 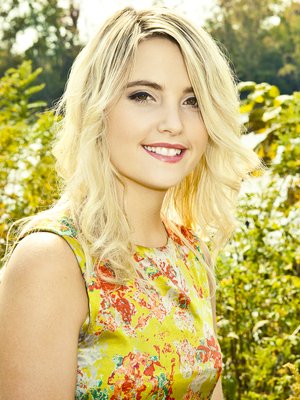 Erin Merryn is the force behind Erin’s Law. Beginning in 2010, she launched a forceful campaign to pass a sexual abuse curriculum in all 50 states. (The first Erin’s Law was passed in her home state of Illinois.) The law brings changes that are both simple and profound. Simple because it requires that all public schools in each state implement a prevention-oriented, age- appropriate abuse prevention program from pre-K to 12th grade. Profound because no formal school-based, state-wide program existed before the first Erin’s Law passed.

Delaware came to be the 28th state to pass Erin’s Law because Junior League of Wilmington members got behind it…and took their commitment to the State House.

JLW, which has been focusing its community impact efforts on improving the health and well-being of children for more than five years, became involved in the campaign after member Susan Coulby saw Merryn on “The Oprah Winfrey Show” and learned that Delaware had not yet adopted Erin’s Law.

On behalf of JLW, member Dionna Sargent coordinated the 10-member Erin’s Law Task Force, a legal process that preceded the introduction of the bill.

State Senator Margaret Rose Henry – a JLW sustaining member – introduced the legislation after the Task Force brought the measure to her attention. The Task Force then continued to advocate for the bill by providing research, raising awareness among community members and child welfare organizations and agencies, including the Beau Biden Foundation; delivering testimony to the Senate Education Committee, to the House Administration Committee and on the Senate floor; and reaching out to individual legislators to request that they vote “yes.” (JLW notes that the passage of Erin’s Law inspired a return to legislative advocacy for the League, which took the lead in the adoption of Delaware’s Foster Care Review Act more than 35 years ago.)

As JLW President Stephanie Graev said, “Passage of Erin’s Law in Delaware shows what the hard work, persistence, determination and teamwork of a group of dedicated women can accomplish.”