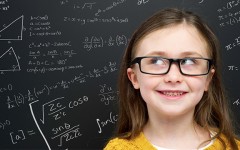 You may have heard the statistics on women as STEM – science, technology, engineering and math – professionals, and they are discouraging.

Consider these findings by the United States Census Bureau:

Which is why a shout out to a great signature program by the Junior League of Palo Alto-Mid Peninsula is in order.

Looking for a way to celebrate its 50th anniversary, JLPA•MP developed a new community focus – “Empowering girls to be STEM leaders of tomorrow.” Obviously, this is a natural for a Junior League whose members have many ties to Silicon Valley and the communities that nurture it; but this program is much more than just a feel-good initiative in support of the dominant industry in town.

Two key elements of the initiative paint the picture.

First, partnering with San Jose’s The Tech Museum of Innovation and one of its signature programs called The Tech Challenge, an annual team design challenge for students in grades 4-12 that introduces and reinforces the science and engineering design process with a hands-on project geared to solving a real-world problem. JLPA•MP members will mentor a team of middle school girls as they train for the next challenge event.

In addition to a $100,000 grant to The Tech, JLPA•MP is sponsoring a new program called Girls Day @ The Tech that engages girls through STEM education as well as educating teachers to support them. Girls will participate in hands-on workshops, interact with exhibits and hear from inspiring women working in tech today.

JLPA•MP is also partnering with Technovation, a global technology entrepreneurship program and mobile app startup competition for girls ages 10-18 that challenges them to create apps for the purpose of solving real problems in their communities. League volunteers will focus on increasing the number of girls participating from San Mateo and Santa Clara counties by building visibility in the community, recruiting coaches and mentors, organizing field trips to local tech companies and a regional pitch event to help them prepare for the main competition.

To learn more about JLPA•MP’s STEM initiative, as well as the need for more STEM programs focused on girls, here is a link to an article co-authored by Gretchen Walker, Vice President of Education at The Tech Museum of Innovation, and Jan Hickman, President of the Junior League of Palo Alto-Mid Peninsula.