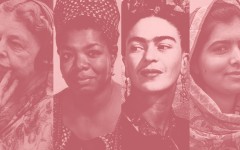 It certainly is – and not just in the United States, but also in the United Kingdom and Australia. (Canada’s celebration takes place in October, with Persons Day.) Also in March, International Women’s Day, on March 9, recognizes the social, economic, cultural and political achievements of women around the world, and creates a rallying point to build support for women’s rights and participation in the political and economic arenas, including gender parity.

Because we are a global organization, these two events afford us the perfect time to reflect on the role and courage of sometimes “average” but always extraordinary women who have played such an important role in the histories of their communities and countries. They also provide an opportunity to look at women’s history and achievements from the viewpoint of The Junior League and the remarkable achievements of a wide variety of League members.

Mary Harriman’s story remains inspiring today – the 18-year-old daughter of one of the richest men in America founds an organization dedicated to working with poor immigrants in the impoverished tenements in Manhattan. Her contributions to American society have been recognized by the National Women’s History Museum as well as the National Women’s Hall of Fame.

Eleanor Roosevelt, Mary Harriman’s close friend and one of the earliest members of The League, really needs no introduction, even to young League members today, more than half a century after her eventful life ended.

In Canada, Bobbie Sparrow parlayed her experiences in business, philanthropy, and volunteer service into a career in politics, ultimately rising to office in the Canadian Parliament’s House of Commons.

As a League leader and volunteer, Mexico’s Dr. Samira Modad has been a tireless advocate for change, and over the years has focused on numerous issues as varied as infant malnutrition, vaccination and family planning, and shepherded JL Mexico City’s famous recycling program through the case study process at Harvard Business School.

Sandra Day O’Connor went far beyond her days as a member and president of the Junior League of Phoenix to become the first woman on the United States Supreme Court.

And in business, Marilyn Carlson Nelson, is the chairman and former CEO of Carlson, the global travel and hospital company. A former member of the Junior League of Minneapolis, she has appeared on Forbes magazine’s list of “The World’s 100 Most Powerful Women.”