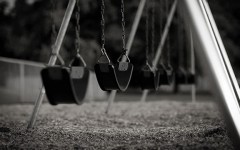 It’s a handy catchphrase for Commercial Sexual Exploitation of Children/Human Trafficking, which the Junior League of Atlanta adopted as a focus area in 2013. JLA offers up these statistics to illustrate why CSE/HT is such an important issue for the League and its members:

Atlanta has the biggest illegal sex economy among eight major American cities, according to a landmark government study of the sex industry.

Nearly 100 girls are sold for sex every night in Atlanta.

Most of Georgia’s trafficking victims are domestic, meaning they are U.S. residents and, frequently, are exploited in or near their own community.

JLA’s campaign has three clear objectives: to raise awareness about CSE/HT within the metro Atlanta area, to directly assist survivors and those at risk, and to advocate for policy changes at local, state, and federal levels.

A key component of JLA’s strategy on CSE/HT has been working with community partners. A great example is the League’s support of Safe Harbor Yes, a non-partisan campaign focused on passing a constitutional amendment in Georgia. If approved in the November general elections, it will provide a dedicated source of funding for the intensive restorative services needed to help child victims of sex trafficking return to a normal life. In addition to JLA, the campaign’s partners include United Way of Greater Georgia, YWCA of Greater Atlanta, Voices for Georgia’s Children, the International Human Trafficking Institute, Georgia Family Connection Partnership and End Human Trafficking Now.

Another important initiative, announced in February 2016, was a major gift to JLA community partner youthSpark to help fund youthSpark’s new Youth Services Center at the Fulton County Juvenile Court, which will identify and assist exploited youth in the metro Atlanta area while also offering case-managing advocates who mentor youthSpark’s clients and service referrals to credentialed partners.

Earlier, JLA helped launch a billboard outreach campaign to provide CSE/HT victims with the Georgia Care Connection number, a resource line dedicated to helping them. The billboards also served as a way to let the pimps and johns know that the community will not be silent anymore.

But much of the League’s work on CSE/HT has been of the head-down, get-the-job-done variety.

This has involved hosting an education and empowerment workshop for adolescent girls focused on awareness and prevention and holding advocacy breakfasts for business and community leaders to show them the extent of this tragedy and its effects on business and the community. JLA has also assisted survivor organizations by providing volunteers, issuing grants, and hosting drives for items needed by these organizations

In addition, JLA is using its large membership base of dedicated and trained volunteers to build a coalition of community organizations for collaboration and shared resources across the metro Atlanta area while looking for direct service opportunities for JLA members within Atlanta organizations dedicated to ending sexual exploitation.

What JLA has done on CSE/HT shows what a single League can do to coalesce support for an important initiative. An example of what Leagues acting together, as state public action committees, came with NYSPAC’s advocacy focus in 2014 on human trafficking, which led to the passage in 2015 of the  (TVPJA). This legislation – passed in the state’s Assembly and Senate largely as a result of NYSPAC’s support – was designed to close gaps and loopholes in the state’s 2007 Human Trafficking Law and the 2008 Safe Harbor Law that is intended to protect and secure services for sexually exploited youth who are to be treated as child victims within the justice system.