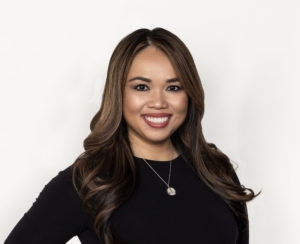 Kelly Kaysonepheth is honored to serve as the 2022-24 President of the Junior League of Phoenix (JLP). Kelly has been a member since 2008. She transferred to JLP from the Junior League of Morristown in 2010. From there, she traversed several leadership roles within JLP including chairing two community programs (one that won the AJLI Community Impact Award the year she was chair), Vice President of Communications & Marketing, Development Manager and Executive Vice President. She is the first Asian-American president of JLP.

Professionally, Kelly is the Marketing Director and an Associate Vice President at AZTEC Engineering, a transportation engineering and environmental consulting services firm.  A recognized community leader within and outside of JLP, she has served on the boards for several nonprofit organizations. Her passions for service are centered around advancing women’s leadership development opportunities, STEM, and mentoring first-generation and low-income students to reach their fullest potential. The latter is personal to Kelly as a first-generation American herself whose parents immigrated here from Laos. Kelly has received JLP’s Mary Ogilvy Golden Kazoo Award, been nominated for the Greater Phoenix Chamber of Commerce’s ATHENA Award, named 40 Under 40 by the Phoenix Business-Journal (2015) and was listed by Engineering News-Record in its Top 20 Under 40 Outstanding Young Professionals in the Southwest Region (2019). Kelly is married to Tony and they have two children, Lucy and Max. 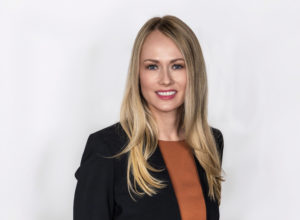 Jessica Hosain is the Sustaining Director at Large. She has been a member of the Junior League of Phoenix since 2013 after moving to Phoenix in 2010. She has served in various roles within the community team as well as two years leading new members in their provisional year. She credits the JLP for providing a foundation to deepen relationships in the community and making Phoenix feel like home.

Professionally, Jessica is a product strategist leading innovation in highly regulated healthcare markets. She has worked in the healthcare industry for over 12 years in research, strategy, and product management capacities for pharmacy benefits and insurance organizations.  Most recently, her focus is on reducing health disparities and delivering equitable whole-person support for people with chronic conditions. She previously led product development for Affordable Care Act individual and family health plans to ensure all Arizonans have access to affordable, quality health care. Her passion for health care aligns with the JLP focus on community because the health of a community impacts the health of each individual. 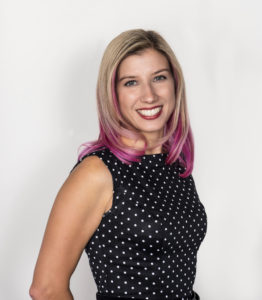 Laura joined Junior League of Phoenix in 2015 with the goal of giving back to the community and meeting like-minded women. Throughout her tenure in the league, she has served in several communications roles, including Chair of Digital Publications, Chair of Member Communications & Marketing, and Vice President of Communications and Marketing. She was honored to receive the President’s Award in 2020 for her work on JLP’s 85th Anniversary. She joined the Board of Directors in 2021 and has chaired the Membership Satisfaction and Retention Subcommittee.

Laura owns an independent bookstore in the East Valley (Literally, A Bookshop) and is also a consultant through her software development company. She has a Bachelor’s in Journalism and a Master’s in Business Administration with an emphasis in Marketing.

When not working or volunteering, Laura is most often spending time with her family, running trails, or reading a good book. 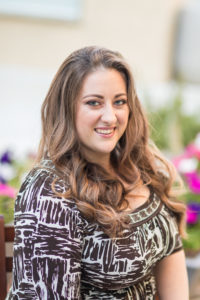 Ashley Montanaro is a Manager of Production Assurance & Resiliency at Early Warning Services, LLC, a fintech company owned by seven of the country’s largest banks and the network operator behind Zelle®. She received her B.A. in Business Administration with minors in International Business and Leadership from Saint Leo University and has her M.B.A. concentrating in Homeland Security Resource Allocation from the American Military University.

Ashley joined Junior League of Phoenix in 2018, and was named Provisional of the year in May 2019. Since then she has continuously served in leadership capacities in the League serving as a Financial Assistance, Provisional Advisor, and the last two years on the Management Team as the Provisional Chair/Chair Elect. This year Ashley is serving on the board as a Direct-at-Large.

Outside of Junior League, Ashley enjoys being active in her community and has served as a member of the Monarch Council at the Phoenix Desert Botanical Gardens, Phoenix Panhellenic Association, Theta Phi Alpha Fraternity, Joyride Society, and was a member of the 2020 Children’s Museum of Phoenix Gala Committee. In addition, during football season you can find Ashley at State Farm Stadium at a concession stand helping to  raise money for the Leukemia and Lymphoma Society.

Outside of work and volunteering Ashley is passionate about traveling the world to experience new cultures and spending time with family and friends. 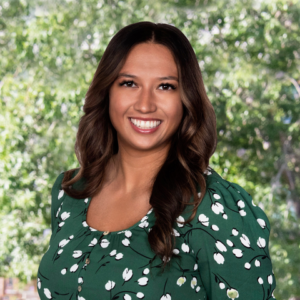 Stephanie Viboch joined Junior League in 2018. Even as a newer member of Junior League, she jumped in and started helping with Special Events as a provisional. The following year she became the Vice Chair of Special Events, where she helped create and plan new events benefiting the mission of JLP. After that, she served on the Management Team as Development Manager for two years, where she oversaw the fundraising teams. During 2020-21, our league canceled all in-person events, meaning the fundraising team would need to pivot everything. Despite these challenges, she helped lead her team to generate over $50,000 in revenue that year. She is passionate about fund development and the mission of JLP. She has attended training events, including the Southwest Exchange Conference. She has also been recognized with the “Woman of Wonder” and “Sandra Day O’Connor Community Service” awards.

Stephanie attended Arizona State University for her undergraduate studies, majoring in Criminal Justice and Criminology. She went on to earn her Elementary Teacher Certificate and taught second grade for eight years. She recently made a career transition and currently works as a Senior Executive Recruiter at Blue Signal Search. She is passionate about helping people discover opportunities to advance their careers and improve their quality of life.

Stephanie grew up in San Diego, California, and loves to stay active, whether working out, golfing, hiking, etc. When she is not working or volunteering, Stephanie also enjoys spending time with family, friends, and her two dogs (Arnold and Calvin), traveling, watching sports, game nights, and reading. 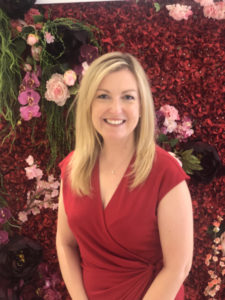 Christina Henderson joined the Junior League of Phoenix in 2014.  She served as Chair and Vice Chair of Special Events, Provisional Member Advisor, and on the Management Committee and the Community Leadership Outreach Committee.  Christina is a graduate of the 2019 AJLI Organizational Development Institute and is a recipient of the 2020 JLP Sandra Day O’Connor Award.

Outside of JLP, Christina has worked in public service for over thirteen years.  Currently, she works as an Assistant Attorney General for the State of Arizona and she has also served as a prosecutor, an administrative law judge, and a Maricopa County Superior Court judge pro tempore.  She is the Vice President of the Arizona Law Enforcement Legal Advisor Association and a member of the Horace Rumple Inn of Court.

Christina is a graduate of the University of Arizona, Eller College of Business with a B.S. in Business Marketing and a minor in Theater Arts.  She received her J.D. from Chapman University, Fowler School of Law.  She is an avid reader, runner, traveler, art enthusiast, dog-wrangler, and lover of all things pop culture.  Her greatest accomplishment was finishing her first ultra-marathon at the Columbia River Gorge. 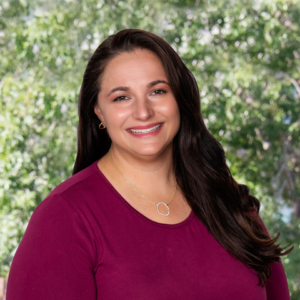 Stephanie Blankinship joined Junior League of Phoenix in 2018. She stepped into leadership at the first opportunity. Prior to joining the Board of Directors, she spent her JLP tenure on the Finance Management team. She most recently served as Treasurer and has also served as Treasurer-Elect and Dues Treasurer. She has been recognized with the “Woman to Watch” award for her willingness to “step into help whenever needed and always does it with a smile on her face”. She was also awarded the President’s Award in 2020 for her work drafting the League’s first Information Security policy.

Stephanie attended Northern Arizona University earning her B.S. in Business Administration Computer Information Systems with a Database Systems certificate. She has been with her current company since 2008, where she spent the first ten years as a Database Administrator and the last four years as an Information Security Specialist focused on Data Protection. She is a member of the company’s Database Security Council.

Outside of work and volunteering, Stephanie spends her time going to concerts, musicals, football games, hiking, or travelling with her husband. She is also an avid reader and budding yogini. 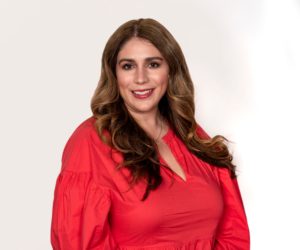 Ashley Bunch is honored to serve as the 2022-2024 Executive Vice President of the Junior League of Phoenix (JLP). Ashley has been a member since 2011. During her time in the league, she has held several leadership positions including Development Manager, Treasurer and Director of Finance. She credits the JLP for providing her a foundation to deepen relationships and better serve the community.

Professionally, Ashley is a Public Affairs Manager at Arizona Public Service (APS), Arizona’s largest investor-owned electric utility.  Her primary responsibilities include managing municipal affairs and stakeholder relationships in Phoenix and the east valley. She has worked in government affairs for over 12 years working in both the public and private sectors. Ashley currently serves on the board of directors for several organizations including Phoenix Commission on Foreign Relations, Dodie Londen Excellence in Public Service, East Valley Chambers of Commerce Alliance and the Tempe Chamber of Commerce. She is passionate about bettering the community and helps raise money for The Leukemia and Lymphoma Society and Phoenix Children’s Hospital.

Ashley has received JLP’s Provisional of the Year Award (2012), JLP’s Sandra Day O’Connor Award (2021), been nominated for the Greater Phoenix Chamber of Commerce’s ATHENA Award and received the APS Living the Vision Award (2018). Ashley has a Master’s in Public Administration from Villanova University and Bachelor of Science degrees in physiology and psychology from the University of Arizona.