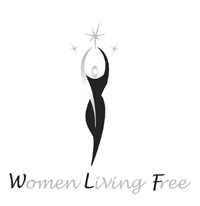 barriers to living a productive life. Many women cannot break the cycle that eventually returns them to prison. Women Living free is a pre-release program for 20 women who are 14-16 months away from parole. Women Living Free provides women inmates with mentoring, life & job skills, and the opportunity to reconnect with their children and most importantly the ability to break out of the cycle of abuse, domestic violence and ultimately crime. The recidivism rate for Women Living Free graduates is 16% compared to the average of 60-70%.

Junior League of Phoenix collaborated with Women Living Free to provide these women the resources they need to transition from prison to living successfully in society. Junior League provided mentoring to the Women Living Free participants through an ongoing letter writing campaign, training, transition necessity baskets and events that facilitate reconnection with their children.

Female offenders are a rapidly growing population at local, state and national levels. In fiscal year 1990, Arizona’s female population totaled 778. By fiscal year 2004, that figure grew 250% to 2,722(1). National statistics show that Arizona is incarcerating female offenders at a much higher rate than other states. Most of the women are incarcerated for lesser violent crimes than their male counterparts. In fact, approximately 70% of women currently in Arizona prisons were convicted of non-violent crimes¹. More than 96% of current inmates will be released and returned to the community¹, usually back to the same environment that propagated the reason for their incarceration. Women have different pathways to crime than men. Substance abuse is a primary factor in much of the crime committed by women. These problems can be directly attributed to a high incidence of sexual abuse, sexual assault and domestic violence victimization which leads them to drugs, thievery, prostitution, extortion and violence.

Another important issue is that many of these women are the primary caretakers of dependent children. A study in 2002 by the Arizona Department of Corrections found that 81% of female inmates had children and that 6% were pregnant. Research shows that the absence of a parent has a negative effect on the development of a child². In fact, studies reveal that children of female inmates are six times more likely to enter the criminal justice system than their peers³.

“My name is Debbie and I would like to tell you how I met the wonderful women of the Junior League.

I was a drug addict for 33 years and a victim of domestic violence for 40. As you can imagine this led me to a life of crime and I ended up in prison for 2½ years. While I was in prison, I joined a program called Women Living Free. This program helps women in prison transition back into the community. It had many pieces to it – financial literacy, domestic violence, life skills, non-violent communication, but the thing that made the biggest impression of my life were the people who came in there. I will never forget when we were told that the women from JLP were coming. (I had a vision of Rich Southern Women in big hats drinking tea). Boy was I ever wrong! They were so real!!! One of them was 8½ months pregnant and looked scared to death of being there, but they really cared about us and wanted to know about us and what our needs would be upon release, some of our fears, some of our obstacles. They took with them what we said and boy did they use it. Upon our release we received a pillowcase full of hygiene [items], a basket full of cleaning supplies, and a set of pots and pans. Picture for a moment 2½ years of smelling nothing but generic lotion, shampoo, etc. and imagine the pleasure of having a pillowcase full of great girly smelling stuff. And that was only the beginning. We go to the release house and in the garage from floor to ceiling is nothing but clothes, shoes, purses and none of it was orange! I saw how hard these women worked for the first time when we had a laundry day washing, drying, folding, and hanging all those clothes. These women spent a whole Saturday right there with us doing all of it. While this was going on I kept thinking, “I can’t believe I am hanging out with the women from JLP! We have received many material gifts and they have done many activities with us, but they have given me something you can’t put a price tag on. They care about us. I don’t remember ever feeling cared about before going to prison and meeting these women. That is something you can’t even think about with a price.

I see these women and I see the kind of woman I want to be, the way I want my grandson to be raised, and how I want to live my life. Any person who has a chance to have them in their life is a very lucky person. I consider many of these women my friends now and they have helped me to see that I am a person who deserves to be happy and successful in my life too. I can be just like them and I already give back to other women the love and generosity that I have been shown by the ladies of the Junior League.

By the way did I mention that my life is pretty much perfect now?”