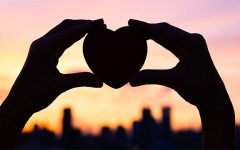 Everyone agrees that juvenile crime has wide-ranging implications for young offenders as well as their families and communities. But when members of the Junior League of Collin County saw that “diversion programs” for young first-time offenders were not readily available in their area, they decided to dig deeper. What they discovered was that often the best legal outcome was probation only—with only the traditional probation services.

The question: Why not provide non-violent, first-time offenders with leadership classes to help them in school, in their families and in their communities? What if a condition of successfully deferring formal judicial proceedings was to attend these classes put on by he Junior League of Collin County?

It wasn’t an easy process, but with the help of master counselors at different regional agencies, JLCC began to outline their proposal for the course and began to seek approval of the Collin County Juvenile Probation Services. With the ability to fund the program, all the League needed was approval, a meeting space and kids.

The participants, referred by the Collin County Juvenile Probation Services, are chosen based on their referral history, potential to benefit from the program, and their ability to complete the program based on family support.  Program capacity is limited at this point based on the size of the classrooms available and because the League strives to have one-to-one mentoring relationship in an uplifting environment.

In the first two years of the program, 40 kids, aged 11 to 15, have graduated from JuMP and successfully completed probation. The program has been expanded to a second location in Plano, and plans for expansion into additional locations are in discussion. The possibility of offering parent education classes is also being explored.

Anecdotal evidence of the program’s success can be found in the remarks from one participant who reported that participating in JuMP made him realize that he needed to make changes in his life, successfully complete rehab treatment and return to school, where he is now getting good grades.

Adds Maria Moffatt, President of JLCC, “You can’t change everybody, but if you can change the course of one teen’s life, this program will have worked.”