In addition, the Junior League of Phoenix takes home two more awards for Vision and Community Impact.
Atlanta, GA– May 14, 2016 – The Association of Junior Leagues International, Inc. announced that Jessica Eldridge has received the 2016 Rising Star Award for her leadership in the Junior League of Phoenix and in the Phoenix community. Additionally, JLP won an Honorable Mention Vision Award for our work in the governance split and the Community Impact Award for Kids in the Kitchen.In total, the JLP was awarded nearly $15,000 with our three awards. The League was honored at AJLI’s 94th Annual Conference in Atlanta, GA.

“I  have never gone to an annual conference where one League won three awards. Leave it to the JLP to break records and congratulations to the best members ever!” Anne Trauter, JLP President, said.

Rising Star: Jessica was especially recognized for her work in leveraging the JLP’s Kids in the Kitchen program by expanding its programming and reach in our community. She chaired the KITK program as a first-year Active in 2013 through 2015. Now a third-year Active, Jessica is currently double placed as Chair of Community Impact and a Provisional Advisor. She will serve as Provisional-Elect Chair for 2016-17.

The Rising Star Award is designed to recognize Active members whose early years as a Junior League member demonstrate significant promise consistent with the Vision and Values of The Junior League’s Mission. Jessica is one of two Rising Stars from among 292 independent Junior Leagues in four countries and more than 155,000 members.

“We are so excited and proud for Jessica, and we are honored that we have a Rising Star in our midst!” JLP President Anne Trauter said. “She is a great example of a member who jumped right in by saying yes to leadership and giving the community and our League the benefits of her talents and commitment.”

Vision Award (Honorable Mention): The Junior League of Phoenix was recognized for our outstanding effort in the split of our governance structure to a strategic Board of Directors and a management/operations team. JLP was one of the first Leagues to successfully implement such a structure in demonstrating this vision that has become a model for other Leagues throughout the Association. 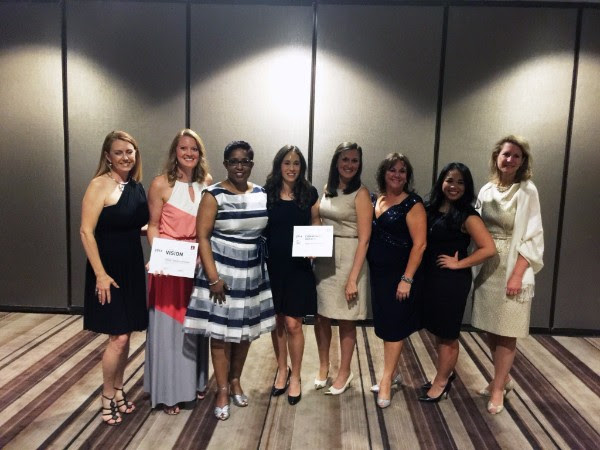